Too Soon Or Not Too Soon...

IS That The Question?

According to the peas, not really...

Not too soon to be planted, that is. A mite tough to see from this picture 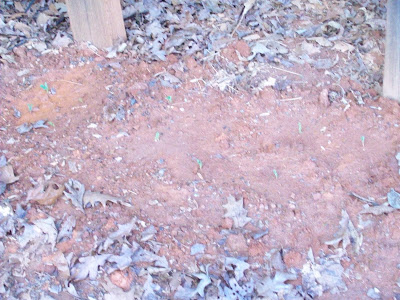 but there are ten peas a-peain' down here. 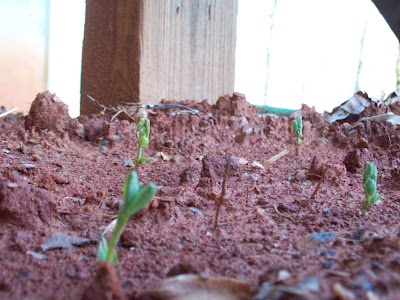 These went in the clay about ten or so days ago, by some stairwork that'll provide a great natural trellis.

A week or so later the tiller were borrowed, and new beds laid and hoed. [Quit! I gots pictures!! Hey, I'll plow 'em all over the yard if'n I so choose!! You know I will...] 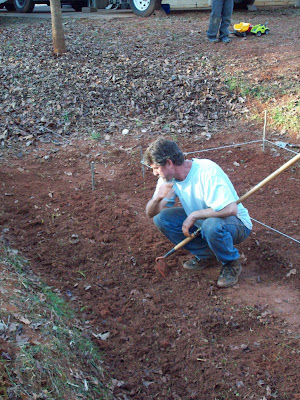 From the new bed's perspective, though, certainty is a bit more, ah... Schrodinger.

Here're the rows before it was a dark and stormy night: 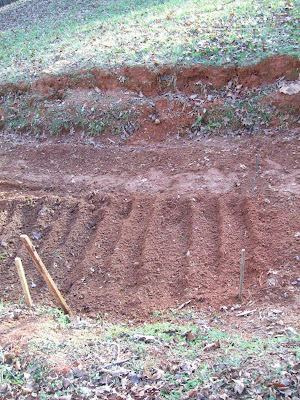 Then came the rains 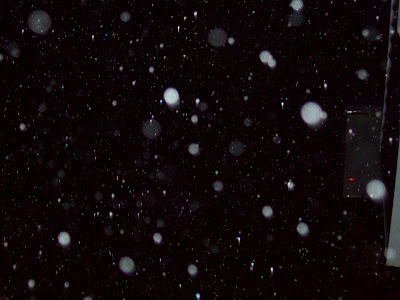 and washed the rows away. Thus the row-row-row-your-boat look apres. 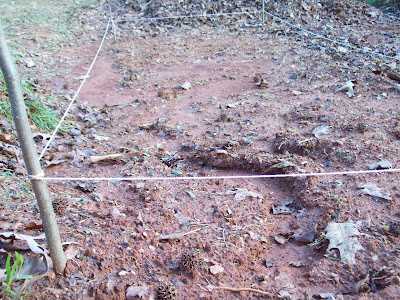 I won't yet cop to spreading seed too early. I did hope to see some leafy veggie sprouts by now, but I dinna expect two nights' worth of swimming pool fill pouring from the heavens. The seed may be a bit more sporadically spread, but they're watered in well, and we've got a few days of soil-warming sunshine on the way. I mean, worst case scenario, I harvest instant mix-- no need to toss the salad! har!!

Okay, folk, I done given you enough imagery for the night.

Cygnus
Posted by Cygnus MacLlyr at 22:39

I was wondering if you were going to have veggies or a swimming pool.

Remember the old way...plant your rows across the slope.

I read Big Momma's blog (she's an avid gardener & lives in Georgia)she's been planting in her garden so it's not too early.

Stephanie-- thanks! Um, can you send me her blogtitle or a link?

Ken, m'man, I'm sure I open the lid in the spring, the cat will be alive.

Hey, glad you folks stopped by today! Everyone have a great one!