Now It Are Finished!

[Save For The Seedling Transplants. Give Me-- Or More Accurately The Weather-- Another Month! HA!]

Um... about that newly installed "it [are] done" garden bed of two days ago... 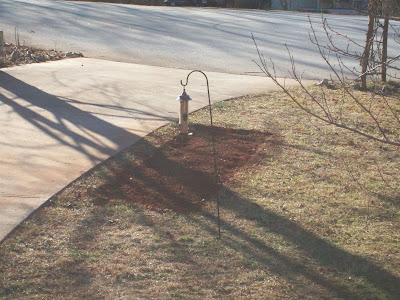 I thought it were done but for some edging to keep grass shoots out and the eventual planting. But... 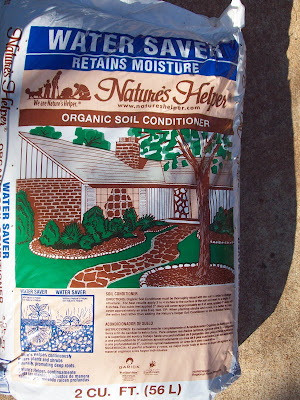 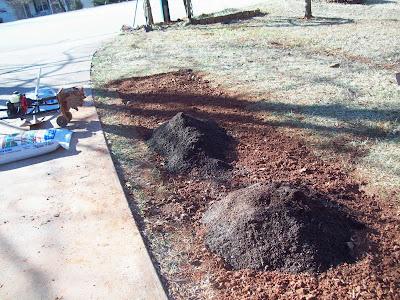 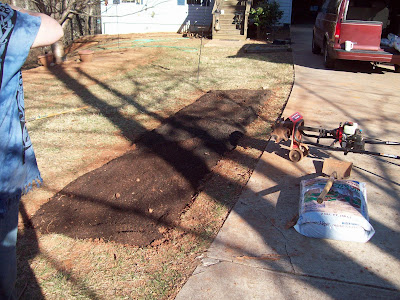 I'd only heard of the name, and knew it was some sort of soil amendment. I've seen some of it's effectiveness, pulling the rosemary plants out of the front-of-the-house bed. The soil there--heretofore solid red clay-- is aerated nicely,crumbling soft and deep. I gave much credit to the root structure of the removed herb.

Then I saw the black gold around the out-front mailbox. I'm sorry I took no pictures of that; suffice it to say that Flower was turning the soil there as I was working the 'water saver' amendment in to the new bed, and it was some of the richest, softest, smoother-than-loamy-textured soil I've ever had the honor of sifting through my fingers.

At the end of that day: 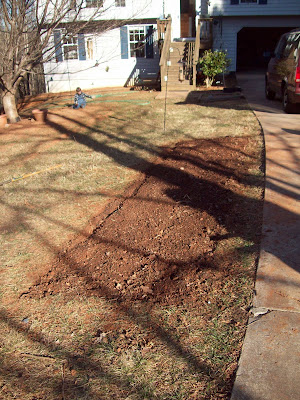 In addition to the Nature's Helper, I tilled in some of my own compost and an equal amount of generic topsoil. [Actually, the garden area is 4' X 16', or 64 ft^3. I double-tilled the entire area, the bottom 'layer' or till receiving 4cf each of compost and topsoil, and the top layer 6cf of the soil {clay!!! HA!} amendment]

Today I sported shorts and a tank-top all day. OUTSIDE.

It was already near 60 degrees when I served the outside cats their morning rations. I was in "standard dress"-- tank under a thermal shirt. A few minutes of that and I knew there wasn't gonna be a lot of indoor time for the ol' MacMeister today...

Inside I change attire faster than a runway model paid by the stride, then venture back out. The day would reach better than 70 before sunset, and every ray of Ra my poor ol' dessicated deltiods could draw in was a hint of days to come.

Another hour, and some landscape timbers arrive. I've moved every inside started-form-seed plant out to soak up the rays and benefit from the breeze. For a couple more hours, I won't do anything except re-pot more and enjoy the sun.

Then... time to utilise. I was too busy to snap photos all along, but here is the end-product of days' worth of labor... 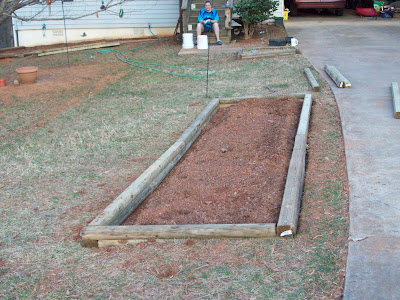 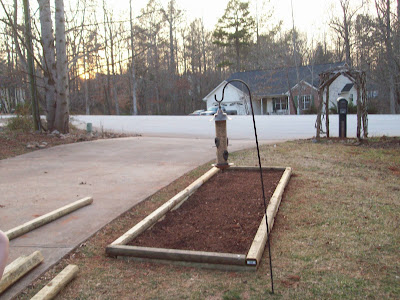 I'm right happy, folks. Overall, from grass-pulling to tilling to timber-staking, there weren't much more than nine, ten hours' worth of physical labor invested. In return, we have the beginnings of making this an 'edible estate'.

With near 70 tomato seedlings, cucumbers sprouting up, eggplant wanting to egg... 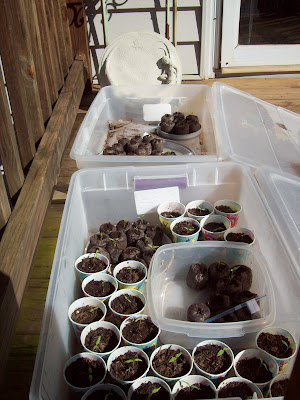 hey, I'll needs all the space I can garner!

Gimme a year or three, the entire front 'lawn' will nae be; it'll be front 'GARDEN'!!!

Looking good, mon. With all the seedlings you have me thinks you need a bigger garden or mayhap a LOT of large flower pots. It's gonna be nice to have fresh whatever you've grown.

Fresh whatever ,for sure. Ialways enjoyed canning...I guess it is because I didn't have to do it. You are enough like me in some ways (sorry but it is true) that you will probably enjoy it too. I hope you can sell some but I can't think of a much better way to advertise in your area either than the visuals you are providing.
Keep up the good work and high spirits.
Much love to you and yours.